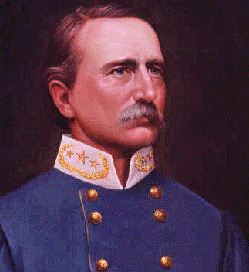 Ed Bearss, the world's leading authority on the Civil War, wrote of General Joseph Kershaw that he "repeatedly demonstrated that he was without peer as a combat leader." Few of Kershaw's contemporaries or modern historians would disagree with this assessment.

Joseph Kershaw was born on January 5, 1822, in Camden, South Carolina. He was the son of John and Harriett DuBose Kershaw, a distinguished family. A third-generation South Carolinian, his paternal grandfather had emigrated from England in 1748 and was active in public affairs during and after the American Revolution. The Kershaw District (now county) was named in honor of him. His maternal grandfather had served on Francis Marion's staff during that conflict with England. Joseph's father had been a mayor of Camden, judge, state legislator and member of Congress.

He joined the Palmetto Regiment for service in the Mexican War and was elected 1st Lieutenant in the DeKalb Rifle Guards. He was stricken with fever and returned from Mexico as a physical wreck. He resigned his commission and his wife nursed him back to health. In 1852, he was elected to the state legislature and reelected in 1854. After John Brown's Raid in October of 1859, Kershaw became active in the militia and was elected colonel of the local regiment. He participated in the Charleston Convention that for South Carolina to secede from the Union.

In response to Governor Andrew Pickens' call to arms, he proceeded to Charleston with his militia regiment and was assigned duty on Morris Island. During the crisis in Charleston Harbor, he organized the 2nd South Carolina Regiment and was named its colonel on April 9, 1861.

In January 1862, Bonham resigned and Kershaw was promoted to brigadier general in command of the brigade which forever after would be identified with him. One of his soldiers, Y. J. Pope of the 3rd South Carolina and later Chief Justice of the South Carolina Supreme Court, eulogized Kershaw after his death in 1894. Pope wrote that Kershaw "was not without blemishes or faults, but it endeared him all the more" to those he dealt with.

After much service through 1863 and 1864, Kershaw's Division returned to Richmond in early December 1864. A month later his old brigade was sent to their home state to stop General Sherman's invasion. Kershaw remained in the Richmond/Petersburg area until Lee's army withdrew on April 2, 1865. Kershaw was one of six unfortunate Confederate generals captured at Sayler's Creek on April 6th, three days before Lee surrendered at Appomattox.
Kershaw returned to Camden to resume his legal career and was elected to the state senate in 1865 and chosen as the President of the Senate. During Reconstruction, his 'counsels were for prudence' rather than extreme action. In 1870, as a member of the Union Reform Party convention, he wrote resolutions recognizing the Reconstruction Acts. In 1874 he ran unsuccessfully for Congress, but was elected judge of the fifth circuit court of the state in 1877.

Kershaw resigned in 1893 as his health began to fail. At his retirement party, some of his former soldiers as well as associates in the legal profession paid tribute to him. Three members (John D. Kennedy, Robert W. Shand and William D. Trantham) of Kershaw's 2nd South Carolina were also lawyers who used the occasion to speak in glowing terms of Kershaw's abilities as a military officer, his efforts to help the state during Reconstruction, and his integrity as a judge. Afterwards he was chosen to write the history of South Carolina's participation in the Civil War, a work he never completed. He was postmaster of Camden when death came at his home on the evening of April 13, 1894, the 133rd anniversary of the initial surrender of Fort Sumter. He is buried in Camden's Quaker Cemetery along with many of his soldiers from Kershaw County. 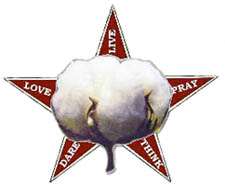 Posted by JBKershawUDC at 5:41 PM